On the occasion of 15th Anniversary of DDA

“Doon Defence Academy” is known for its quality Education, Best Faculties, Best Infrastructure, Top Class Study Material, Motivating Staff, one of the Best SSB – Ground  in India and above all for its amazing results since last 15 years.

DDA’s first batch of Indian Navy (Dec 2005), is now ready to retire with pension in Dec 2020. DDA has unmatched legacy of motivation, guidance and inspiration all over India.

Sandeep Gupta – Submariner, Indian Navy (Retd.) popular known as Sandeep Sir among the youth of India has recently completed his 30 years of joining the Indian Navy on 02 July 2020 and 15 years of hanging of his uniform on 31st July 2020.

Sandeep Sir has won number of prestigious awards during his naval service as well as during the last 15 years of Doon Defence Academy.

Sandeep Sir’s sole vision is to see more and more youngsters donning the uniform is coming years as has seen during the last 15 years of Doon Defence Academy.

In continuation with his aim DDA is coming with “TOP 2”, all India CDSE Test Series. The fantastic test series has been prepared by the Top notch faculties of Doon Defence Academy, who possess more than 12 to 15 yrs of core experience in teaching NDA, CDSE, OTA, AFCAT, INET, Indian Navy (AA/SSR), Airforce Group (X – Y), All Recruitment of Indian Army, Merchant Navy (IMU-CET) etc.

Following will be schedule of the “TOP 2” CDSE  Test Series. 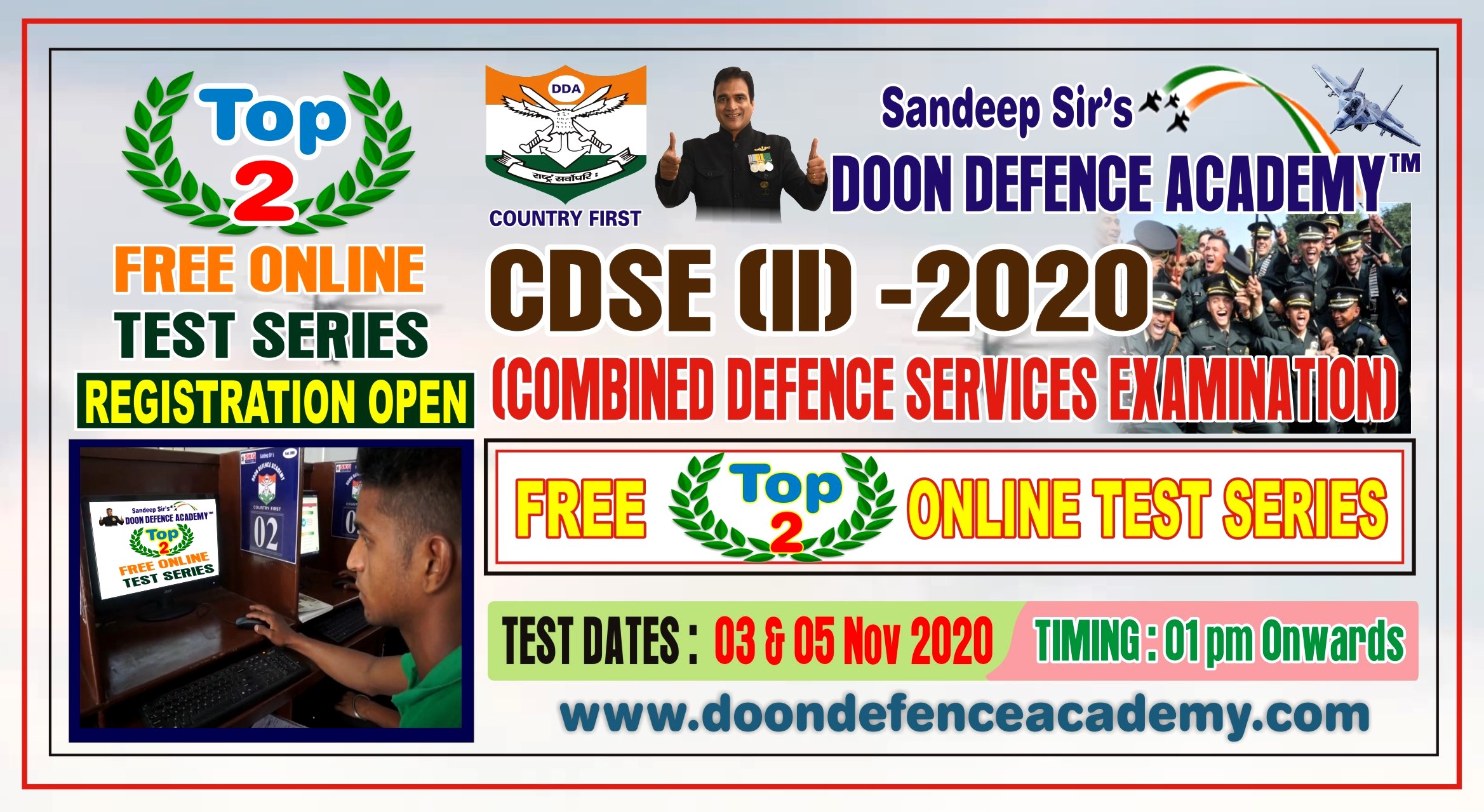 Disclaimer:
We Have No Branch. Beware of Fake Institutions Using Similar kind of Name Like Us and Misguiding Students.