“Doon Defence Academy” is known for its quality Education, Best Faculties, Best Infrastructure, Top Class Study Material, Motivating Staff, one of the Best SSB – Ground  in India and above all for its amazing results since last 16 years.

DDA’s first batch of Indian Navy (Dec 2005), is now ready to retire with pension in Dec 2020. DDA has unmatched legacy of motivation, guidance and inspiration all over India.

Sandeep Sir has won number of prestigious awards during his naval service as well as during the last 16 years of Doon Defence Academy.

Sandeep Sir’s sole vision is to see more and more youngsters donning the uniform is coming years as has seen during the last 16 years of Doon Defence Academy.

Following will be schedule of the “SUPER SEVEN” AIRFORCE Test Series. 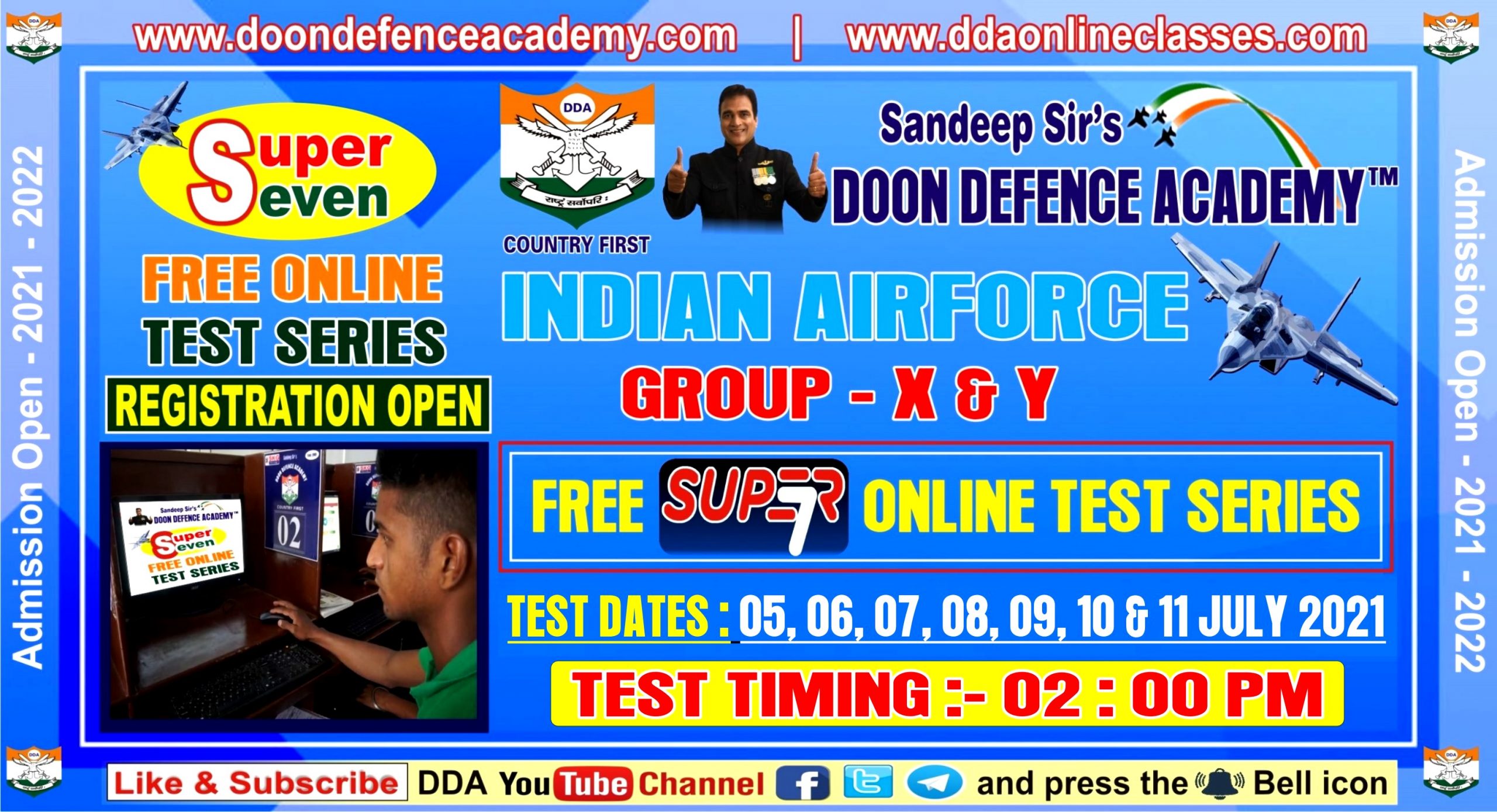