DDA has involved its unique teaching methodologies from experienced faculty and support staff to build a high-quality online course for our ARMY coaching aspirants. We want you to scale up in the way training methods can be enhanced through leveraging our customized ‘Digital Platform’.

What National Defence Academy offers in terms of educational qualification:

# Bachelor’s Degree in Arts/Science or Computers on completion of training
# Technical stream selection helps you attain a Graduate/P.G degree in Engineering from the most reputed Institutes of Technology in the Country.
# Defence Services Staff college Course earns you a Master’s Degree

If you want to make a career in Army, enroll in DDA classes for deriving maximum benefit out of our keenly designed course modules. You have a freedom to choose mode of study by selecting either Online classes or On-campus classes with a benefit of getting online classes at free of cost. In this module we are offering flexible video lectures and LIVE classroom trainings along with doubt clearing sessions. You can further with our experience and outreach by getting access to our resources at the earliest through early application and involvement. 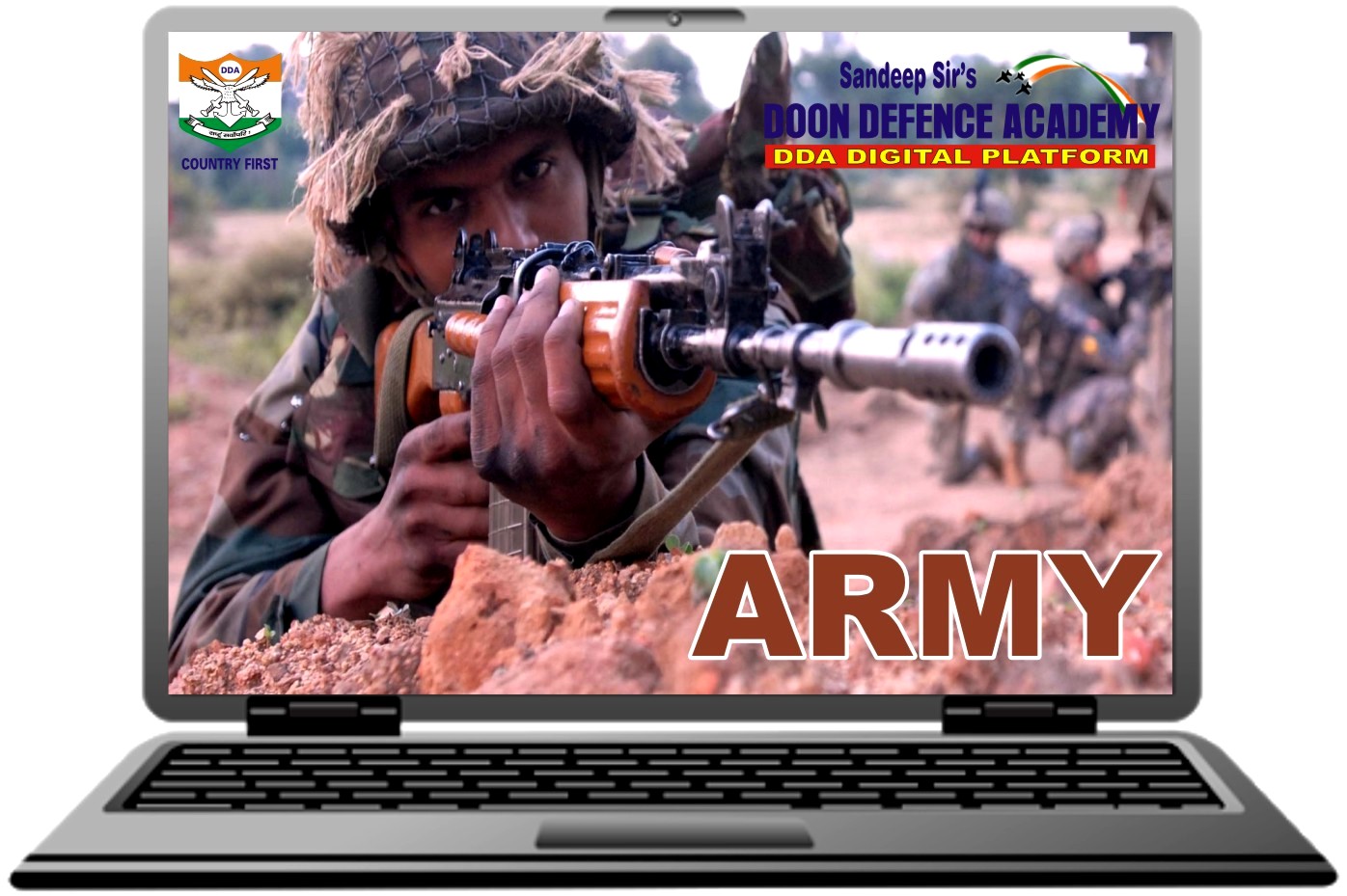 The Indian Army is the land-based branch and the largest component of the Indian Armed Forces. The President of India is the Supreme Commander of the Indian Army, and its professional head is the Chief of Army Staff (COAS), who is a four-star general. Two officers have been conferred with the rank of field marshal, a five-star rank, which is a ceremonial position of great honour.

The primary mission of the Indian Army is to ensure national security and national unity, to defend the nation from external aggression and internal threats, and to maintain peace and security within its borders. It conducts humanitarian rescue operations during natural calamities and other disturbances, such as Operation Surya Hope, and can also be requisitioned by the government to cope with internal threats. It is a major component of national power, alongside the Indian Navy and the Indian Air Force. The army has been involved in four wars with neighbouring Pakistan and one with China.

The Indian Army is operationally and geographically divided into seven commands, with the basic field formation being a division. Below the division level are permanent regiments that are responsible for their own recruiting and training. The army is an all-volunteer force and comprises more than 80% of the country’s active defence personnel. It is the largest standing army in the world, with 1,237,117 active troops and 960,000 reserve troops.